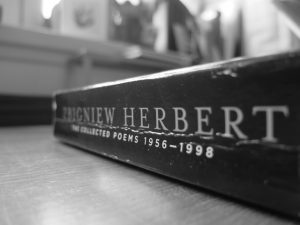 In September I ran sessions on the poems of Zbigniew Herbert in four Edinburgh secondary schools (Broughton, James Gillespies, Drummond and Firrhill), working with older pupils.

Each session involved reading and discussing a Herbert poem, and a creative writing exercise which used the poem as a starting point. The poems we looked at were ‘Elegy of Fortinbras’, ‘Journey to Krakow’, ‘Prayer of the Traveller Mr Cogito’ and ‘The Russian Emigrés’. I used various activities to help them engage with the poems, including reading aloud in groups, and piecing together a poem like a jigsaw. 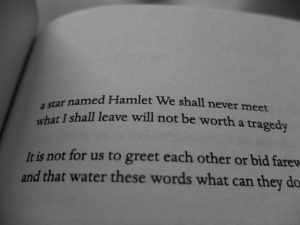 Pupils in two of the sessions gave written answers to evaluation questions, about what they felt they had learned about Poland, Zbigniew Herbert, and poetry, as well as what they’d liked, and what they’d change, about the session. 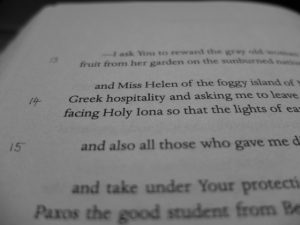 I had struggled to choose poems for in the sessions, in terms of finding a ‘representative’ Herbert poem; each shows as it were only one aspect of his interests. I enjoy his poems with classical references, but felt they might require too much explanation. Of the four poems I focussed on (‘Elegy of Fortinbras’, ‘Journey to Krakow’, ‘Prayer of the Traveller Mr Cogito’ and ‘The Russian Emigrés’) some background notes were needed for all of them, perhaps most of all for the first (some pupils had read Hamlet, but none recalled who Fortinbras was). It became clear in the first session that Herbert’s language was simple enough, and his ideas complex enough, to engage the pupils, even if they didn’t understand all the references and lost some nuance.

I was able to evolve new activities for engaging with poems in the classrooms: reading aloud as a group, piecing the stanzas together like a jigsaw, using 2 or 3 lines from a poem to begin writing a new text. I thought these activities helped pupils engage with the poems: to read them carefully and think about how they were structured, where the emphases lay, who these characters were and why they did what they did, and how these poems might relate to their own interests and experiences.

When I was at school it was a rarity to read any Scottish authors; perhaps the pendulum has swung so far the other way that pupils now have an appetite for non-Scottish authors, and a curiosity about authors writing not in English.

My own interest in Herbert’s work was refreshed, thanks to the pupils’ curiosity. 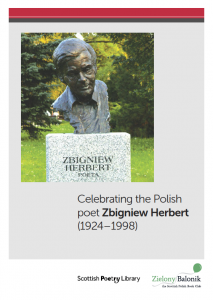 I’ve also written a teaching resource on Herbert’s poems, which is available to download as a pdf.