On 16 March we held our first workshop about literature in translation at Broughton High School in Edinburgh.

The opening of ‘Sour Cherries’, a chapter from Swallowing Mercury by Wioletta Greg, was read out in Polish by one of the students, followed by the chapter in Eliza Marciniak’s English translation. A lively discussion ensued about the subject of the story, and on literary translation in general.  The students (S2, 12-13 years old) found it easy to identify with the main protagonist. They understood her emotions, as she was of a similar age, but her way of life, in the Polish countryside in early 1980s, seemed very different from theirs. Lots of hands were raised, interesting answers were given and insightful points made.

Small items of Polish food specialities were handed out as prizes for great participation. The teacher was pleased with the workshop; it was a welcome addition to a regular French class. Seven students who were interested in reading the whole book were offered copies supplied by Granta Publications. The Polish original has been sent to the school in an e-book format, while the three paper copies are going by post to the school library, courtesy of the Polish publisher Wydawnictwo Czarne.

We believe that meetings about Polish literature in English translation (as well as translation from other languages) will have a positive effect on readership and on the understanding of other nationalities and their cultures, helping to develop tolerance and social integration.

Zielony Balonik – Scottish Polish Book Club is planning to hold Transfiction or literature in translation workshop, in one of the local hight schools in March 2022, discussing Sour Cherries chapter of Wioletta Greg’s, Swallowing Mercury, translated by Eliza Marciniak and published in 2017 by Portobello Books, now part of Granta. The original title Guguły ‘unripe fruit’ was published by Wydawnictwo Czarne in 2014. We are focusing on translated literature ‘to give us glimpses into foreign aspects of our world while simultaneously shedding light on the things that link us into our common humanity’. Scotia Gilroy 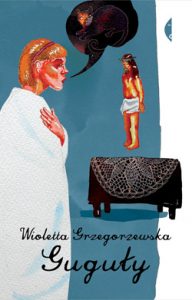 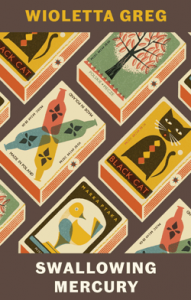